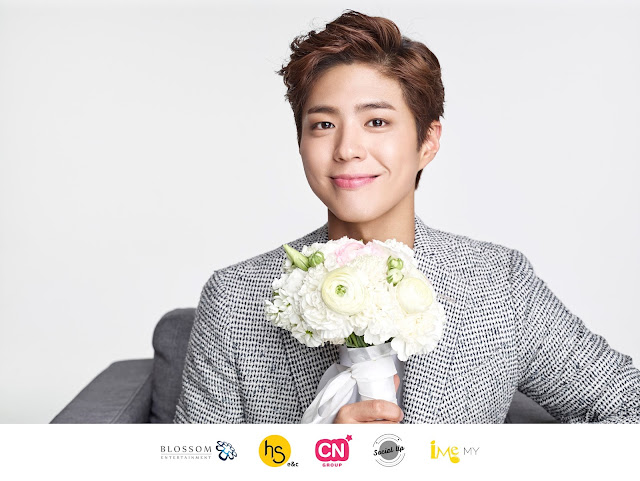 Korean heartthrob Park Bo Gum is set to make his debut appearance in Malaysia! 2016-2017
PARK BOGUM ASIA TOUR IN KUALA LUMPUR, the first stop of the tour, will be taking
place on 10 December, 7:30p.m. at KLCC Plenary Hall.


Half of the tickets are sold out on the day of the online ticket launch. The server was crashed
half an hour before the sales begin as fans throng to the site to get their tickets early.
To engage fans’ participation, the organisers recently announced “Fan Project Involvement”,
which is open to all ticket holders. Segregated into 3 parts, fans get to submit their questions,
request what they wish to see Park Bo Gum do onstage and vote for best scene in the series
Love in the Moonlight and Reply 1988.

Park Bo Gum will answer your questions and
requests.One of the many requests fans wish to see is Park Bo Gum’s BOOMBASTIC dance
and him playing the piano etc. But for sure, he will sing “My Dearest” on the event day.
Aside from showcasing his talents in acting and singing that evening, Park Bo Gum is also
known of his warmness to fans. He prepare a lot of surprise segment to interact with his fans
closely. You will be surprised to find out what he has planned for his beloved Malaysian
fans. He has already shown his affection by mentioning Malaysian fans being great in the
promotional video, why don’t we get ready to be showered by his love? And get up close and
personal with him as he greets each of you in person.


VIP ticket holders get the chance to take part in a lucky draw for a group photo session with
Park Bo Gum (20 pax in a group, total of 15 groups). Autographed posters will also be given
out to 50 lucky draw winners.


Exclusively at the Kuala Lumpur show, a GOODBYE SESSION will be held after the show
where Park Bo Gum will greet his fans goodbye in close distance at the exit of the venue. All
ticket holders are able to redeem a poster at the session.


2. CJ WOW SHOP website
An exclusive ticket zone, priced at RM690 (VIP L2), is available only via CJ WOW SHOP at
www.cjwowshop.com.my, other ticket zones are not purchasable here.The price includes 6%
GST but excludes processing fee of RM4, theprocessing fee must be paid upon collection on
the event day at CJ WOW SHOP ticket redemption counter. Goodie bag will be given out to
ticket buyers of this category.