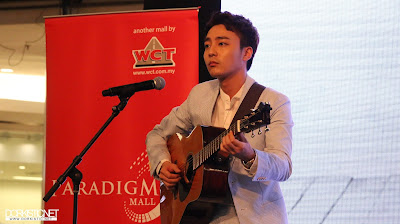 160827 - Korean songwriter and singer, Roy Kim (Kim Sang Woo) touched down to Malaysia for the first time to promote his 3rd album "The Great Dipper, holding the one and only showcase in Malaysia!

Organized by Warner Music Malaysia, the showcase was held on 26th August at Paradigm Mall, with hundreds of fans swarmed the place just to watch this talented singer-songwriter singing and playing his guitar. 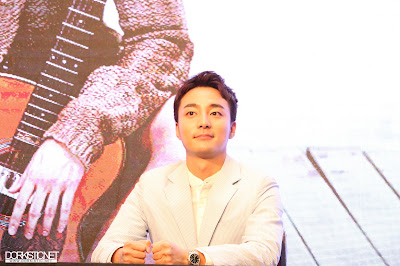 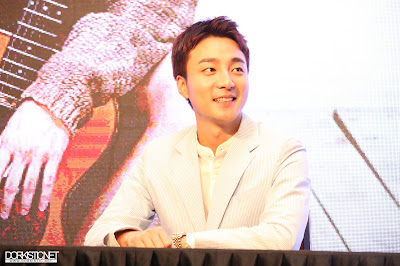 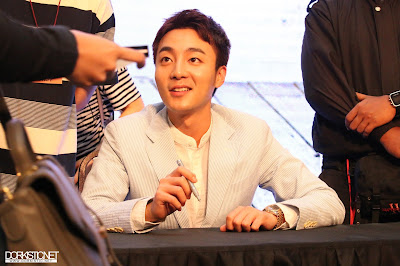 Other than album signing, there were also Meet and Greet and Photo Cards Giving session, which allows the fans to go up stage to see Roy Kim up close 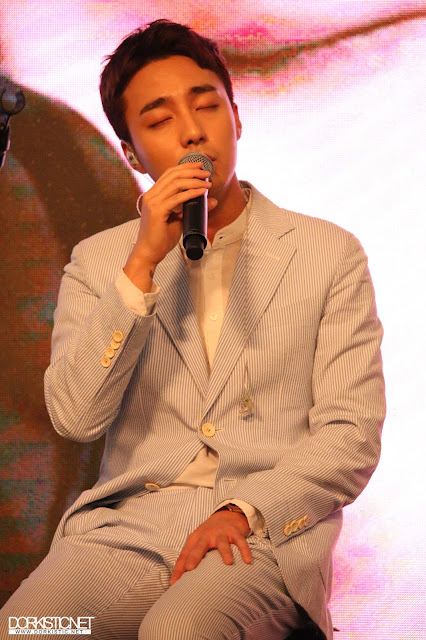 The showcase started off with Roy Kim singing Cloudy Day, a Chinese song covered by him in his digital single album. Performing while sitting on the stool, not only he gave a scent of melancholy, but he was able to bring the fans to join him in exploring the beautiful lyrics and melody of the song. Followed by that, he performed Love Love Love, Home, The Great Dipper, Pinocchio, Bom Bom Bom and other his hit songs. During the performance, Roy Kim didn’t forget to interact with fans, all the fans also sang along with him and shouted his name, throughout the event.

The showcase emcee, our very own talented singer, and actor Peace Teo took this rare chance to ask Roy Kim, what’s his favorite Malaysia food. Roy Kim immediately replied “Sambal Kangkung”, which obviously a really traditional and local Malaysian delicacy. To add with that, before the showcase starts, Peace asked the fans “How would you describe Roy Kim?”, fans were screaming “handsome, cool, talented, cute” and more. When Peace pointed the question to Roy Kim, whether he agrees with what the fans answered, he smiled and said “I agree with them saying I’m handsome and cool, but the others…I have no idea”. 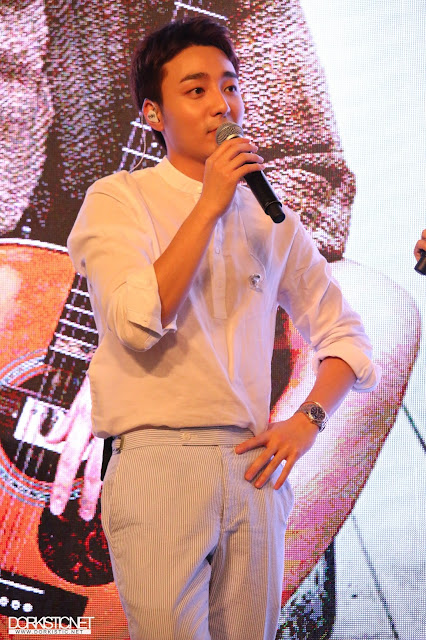 Before the showcase ended, Roy Kim took a group photo with the audience, to show his appreciation towards his fans for loving him and supporting him.

Photos by Sofy
Thanks to Warner Music Malaysia for inviting us to cover the event!