[NEWS] Rion Five Coming Back Louder and Stronger with Unbroken 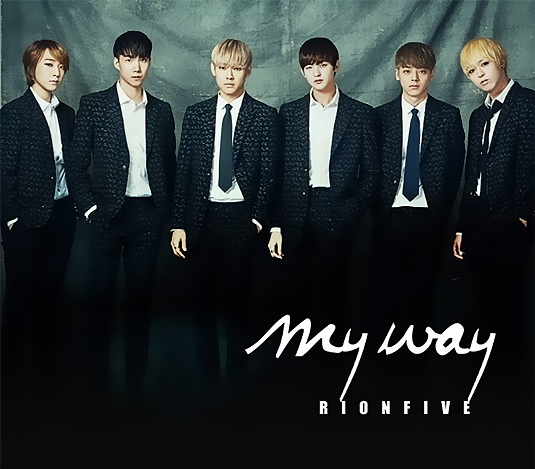 Spending most of their time promoting overseas for almost one year, Rion Five is back in the music scene with their third album, My Way. Revealing the song title through their first comeback stage on MBC Show Champion, the song Unbroken totally shows a whole new style of Rion Five. With strong guitar riffs, and electronic rock tune, Unbroken really shows off the members vocal skills, and to add with that, the choreography shows off some difficult moves including acrobatic stunts by the members. Fans can anticipate with this album, as they have been working on it for a long time.

This mini album consists of three tracks, where the fans can listen to three different versions of Unbroken, which are the original, the remix and the club version. Written by the people behind their ballad, I Cry, all three versions has different feels to it, that makes it sound like three different songs.

Consisting of six members, Rohyun, Minjae, Yousung, Jeonghyun, Taewoo and Kangsan, Rion Five's third mini album would surely be their stepping stone in venturing into the current Korean music scene, especially with so many rookie groups, as well as anticipating comebacks from more mainstream idols. However, the title track, Unbroken is totally a song describing Rion Five, and they would surely be making headlines with this addictive and flavourful song. And Rion Five is absolutely ready to focus on promoting the songs in Korea and appear in music shows too. We are looking forward for more music shows promotions from this talented group!

Watch their performance on Showchampion. Video credit to MBC Music: