Rion Five would be the biggest surprise of this year's Solo International Performing Arts Festival 2015 (SIPA Festival), as they were the first Korean group to appear in this annual festival which has been held since a few years ago. As they went on stage, the fans went crazy to see six good looking boys of Rion Five, Royun, Taewoo, Minjae, Jonghyun, Yousung and Kangsan. Performing their songs, Dduk Dduk Dduk (Tear Drops) and I Cry, they quickly stole the hearts of the SIPA audience who crowds the venue to enjoy the final night of the festival. After the performance, they greeted the fans in Bahasa Indonesia, and introduced themselves one by one. Fans cheered so loud as they say "Aku cinta Indonesia" and "Senang bertemu kalian". When they were asked about their thoughts on Indonesia, the leader said that they would love to come again for a closer interaction with Indonesian fans and also do fansigning at other places in Indonesia. 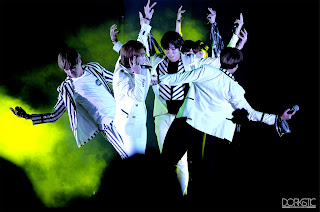 Their performance went even crazier as they performed covers of Big Bang, Exo and G-Dragon's song, and the crowd sang along with them. Drenched in sweat, this rookie boy group showed their best performance which will surely leave a big impression to the people of Solo City. It is hard to tell if they are a rookie, through their strong stage presence. They know how to control the audience and they even went offstage to get closer to the fans. 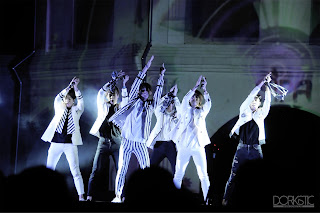 Their energetic performance closes this year's SIPA with style, and besides them, there were a few other performers who are as amazing, including EDx2, ICADC (Indonesian CPI AFTF Dance Company) and Sang Swara. Their performances gave you goosebumps as each of them tells stories of their countries and their performances really speak their hearts, with poetic lyrics, and graceful dance moves. This year's SIPA introduced the "video mapping" technology, as they use the historical Vastenburgh Port, the pride of Solo as the backdrop and all the videos and montages were shown on it.

Been given a chance to meet Rion Five backstage, we were impressed with their manners, and they were excited to meet their fans as this is their first South East Asia's activity. Upon knowing that there are fans who came all the way from Malaysia to see them, Leader Royun exclaimed that they have to work harder for the sake of the fans. With such amazing performance, they would surely be known internationally, and hopefully they will have a comeback soon, and visit more countries. 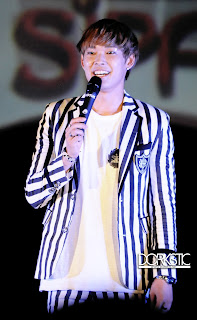 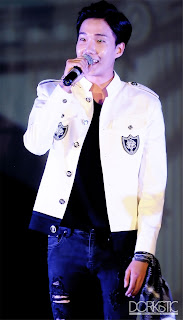 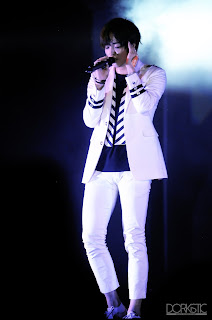 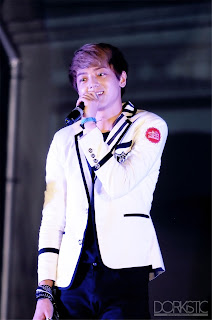 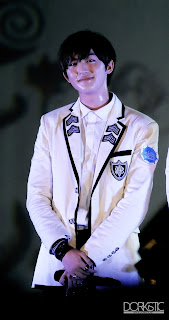 Thank you so much to SIPA FESTIVAL 2015 committees for the invitation to cover such magnificent event, and for the warm welcome. See you again at SIPA Festival 2016!

Do not take photos without permission
Do not repost photos on Twitter or IG
No cropping or editing allowed
Sharing link: http://www.dorkistic.net/2015/09/article-rion-five-shines-at-final-night.html


DATE: 9/13/2015 COMMENTS:
Comments:
hey, thanks for the concern! i've just had a lot going on, but i'm fighting my way back to the website slowly but surely lol how have you been?