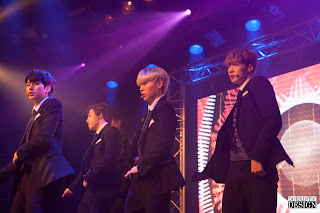 A few months ago, Boys Republic announced their European Tour called Boys Republic, The Royal Tour in Europe which includes a few cities like London, Paris, Amsterdam, Germany, Poland and a few other European countries. The weather has been a bit hot in Amsterdam, and on the day of the event, it rained a bit and it totally cools down the weather and made the event even cooler and happening. Before the event, we have been distributing our fankits which consists of banners, lighsticks and stickers to show support to the boys. They appeared on stage wearing black suit performing I'm Ready, You're Special and Real Talk. They impressed the fans by interacting with the crowd in English throughout the event. 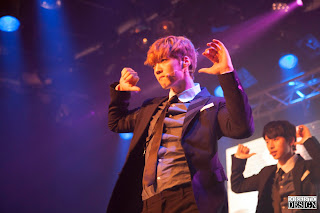 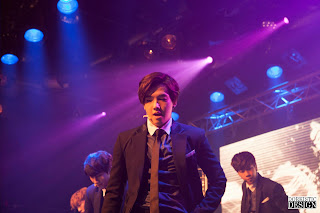 After a short break, they performed Like a Doll and Sunwoo came out for a solo performance and he performed Angels by Robbie Williams. The leader OneJunn made the fans scream as he did Big Bang's solo number, Haru Haru. They then played some games with lucky fans on stage before continue with Maroon 5's cover, and cool it down with their latest song, Hello. While the boys took a break, Pianist Choi Soomin took over the stage with a repertoire of some melodious piano tune including Cherry Blossom, and Lete De Vivaldi. 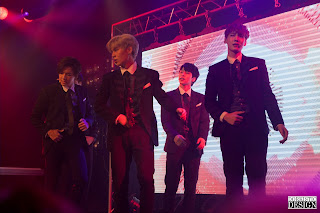 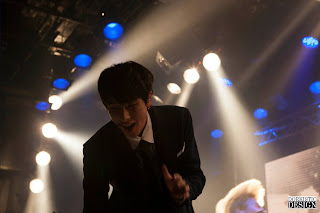 The boys appeared again on stage to perform a few more songs, including Uptown Funk, LIU, and Midnight City, and during Video Game, the fans put up the banners that we have prepared and we are proud to say that our fanproject is a success.  They came back on stage after a loud cheer of encores from the fan to perform LIU and Party Rock. The event was short, but with 15 songs, it is more like a concert, but with a more intimate ambience which the Amsterdam Royal Families would remember until their next visit. The boys then continues their tour to five more venues and their tour will end on the 12th in Austria.

We want to thank B7KLAN for bringing Boys Republic to Europe and the Melkweg for the patience they had with us fans and of course Boys Republic for the fun day!