After winning their fans' heart in Johor Bahru, AlphaBAT continued their First Malaysia Showcase with the next event here at The Summit USJ, Subang on April 27th 2014. More than 800 fans were there to meet the 9-member boy group consisted of B:eta, C:ode, D:elta, E:psilon, F:ie, G:amma, H:eta, I:ota and J:eta. AlphaBAT is coming to town not just for a showcase but also in the search of AlphaBAT’s 10th member. The audition is being held after the opening act, Bubble Candies amazed the crowd with their dance cover of Global Icon’s Gi-Yeuk (ㄱ). 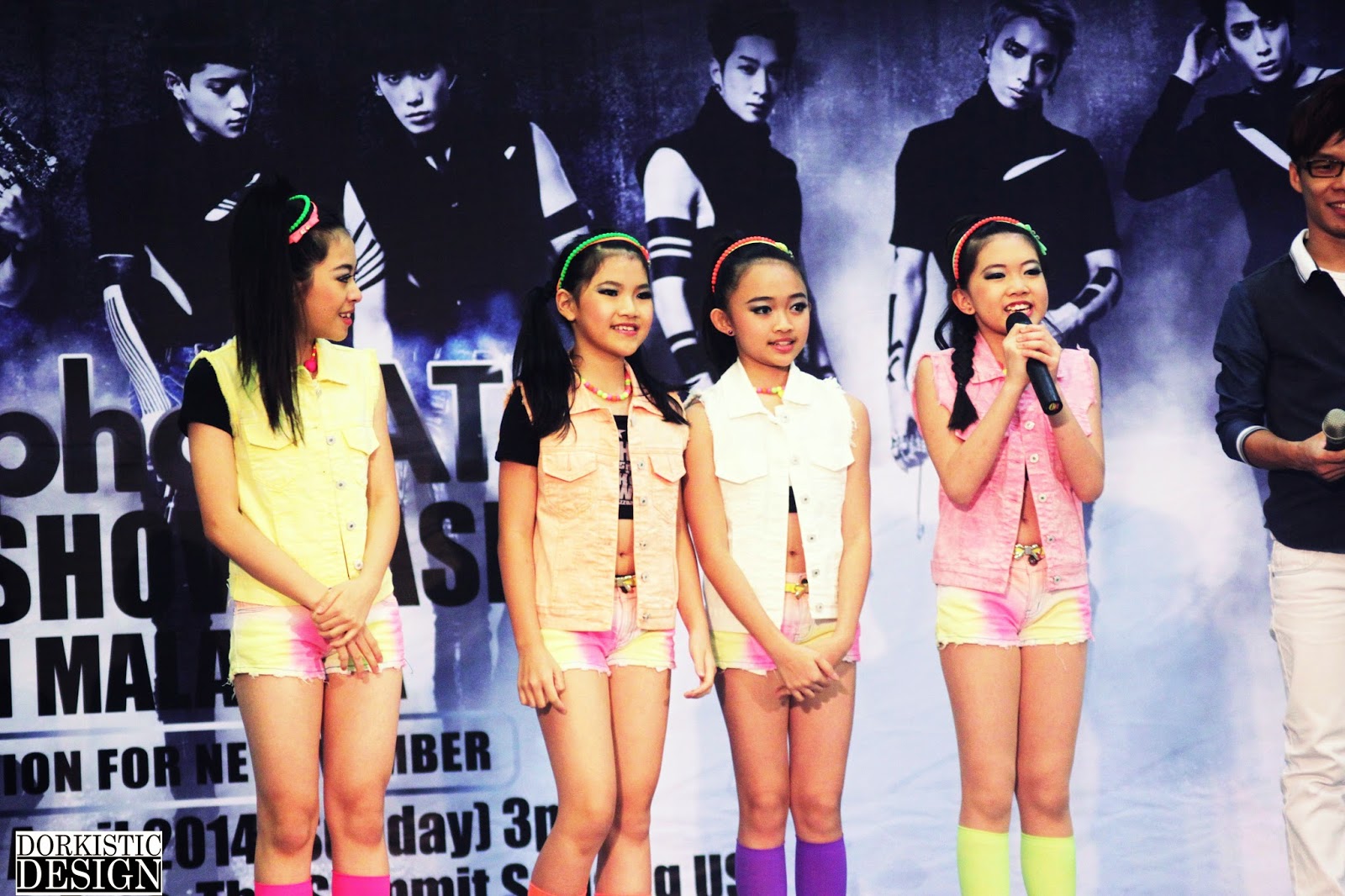 The young and talented Bubble Candies

There were 10 contestants who confidently show off their talents on that day such as Jun who prepared the short freestyle rap, Alex who serenaded the crowd with Kim BumSoo’s ‘Bogoshipda’, and also Faiz who performed Super Junior Yesung’s ‘Paper Gray’ very well. The crowd’s favourite, Isaac who included EXO’s latest choreography from ‘Overdose’ in his medley performance received hot responds and loud cheers from the crowd. Same goes to Alex who performed a fusion dance and also did a short rap when requested by the judge. Other contestants who tried their luck on that day were Arifudin who sung Clarity Song, Jason who sung an English love song, Jam with his own version of Infinite’s Nothing’s Over, Shawn with unique version of Let It Go, and Kwang Ying who amazed the crowd with his dance skill. One of the contestants may be the next 10th member of AlphaBAT and the result is going to be announced on 2nd May 2014. 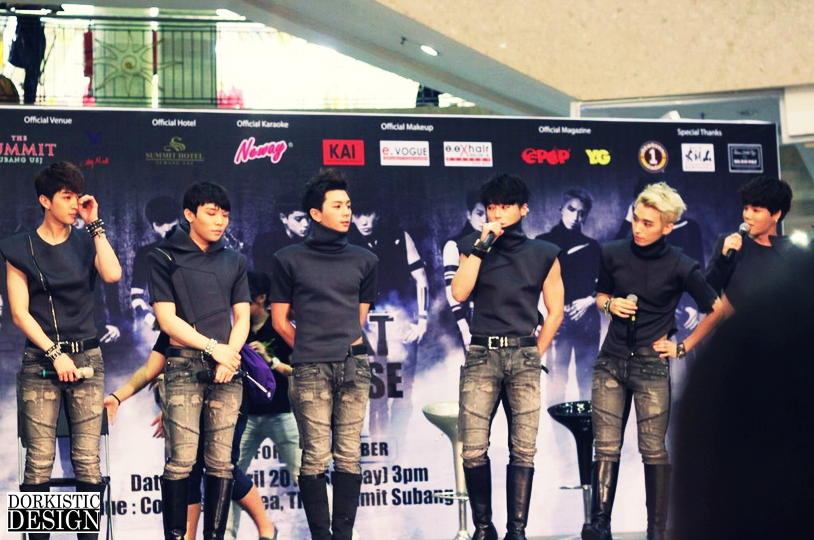 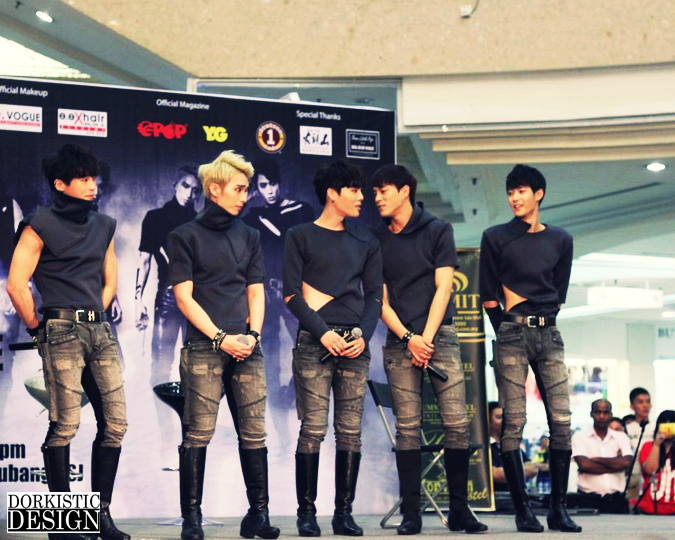 After a long wait, AlphaBAT finally appeared and greet the Alphas, the name for AlphaBAT's fans. B:eta said that Malaysia is a beautiful country and they really love to be here. B:eta also said that Malaysian Alphas are pretty and I:ota quickly replied “like me..Pretty like me”. His joke makes the crowd burst in laughter. AphaBAT has performed total of 6 songs, starting with a cover of DBSK’s Love in the Ice. AlphaBAT’s powerful vocals and rap definitely amazed the crowd, as it is known by K-pop music fans that DBSK's songs are always a huge challenge to cover, even by fellow K-idols. They continued to amaze Alphas, old and new with their song, Always. According to B:eta, Always is a very meaningful song for them and every member took part in the production of the song. They hope that they can stay together as AlphaBAT and Alpha will always be with them until the end. 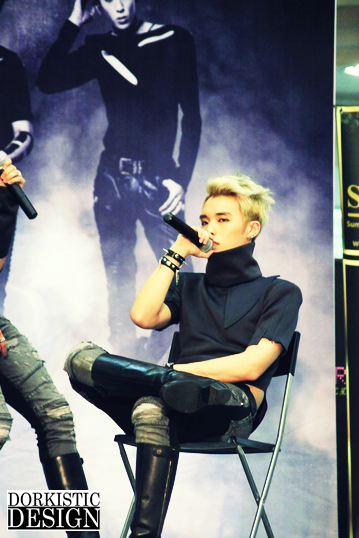 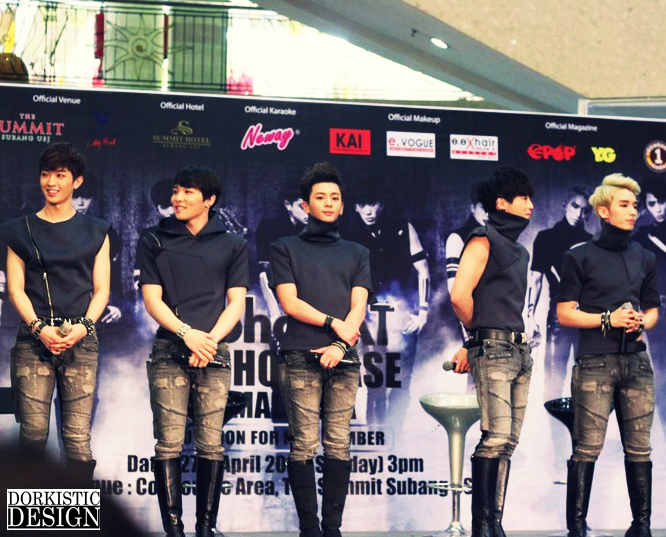 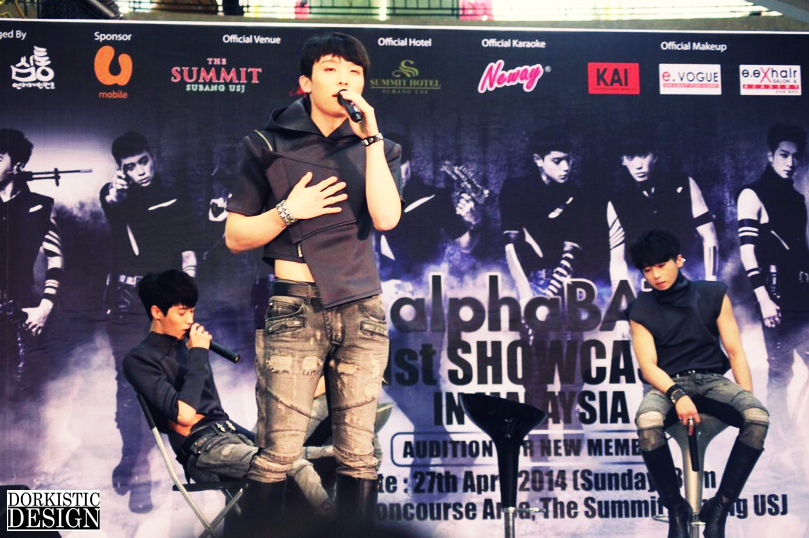 The excitement continued when they boys hit the stage with their debut song, AB City and the audience were going insane when the boys jumped off stage several times during their performance. The crowd once again scream out loud when B:eta asked, “do you know Infinite?” and there you go, Infinite’s Nothing’s Over by AlphaBAT! The boys also performed B2ST’s Fiction which makes the crowd amazed to see their ‘penguin’ dance step. Surprisingly, after ended their showcase performances with Ttantara, Bubble Candies was being invited again to perform a short choreography of Tttantara. AlphaBAT was totally impressed with those four little girls of Bubble Candies. B:eta even said, “You good…now you’re AlphaBAT…I go…”. 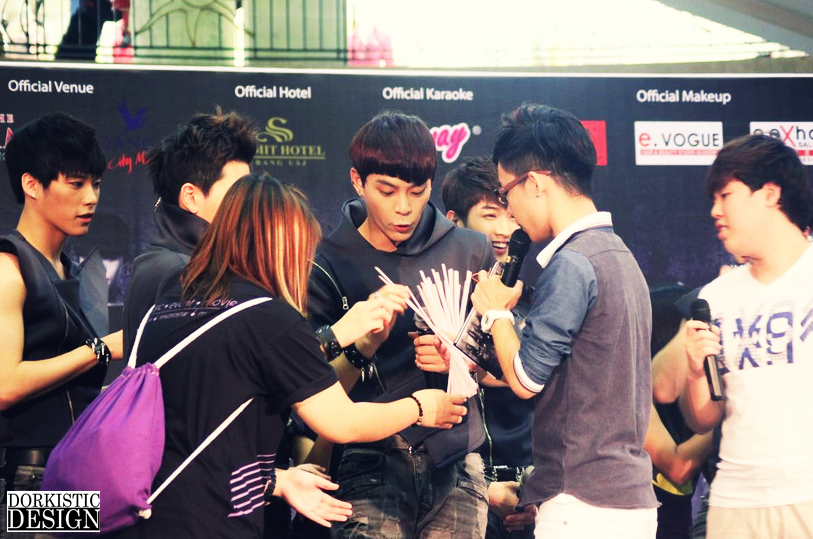 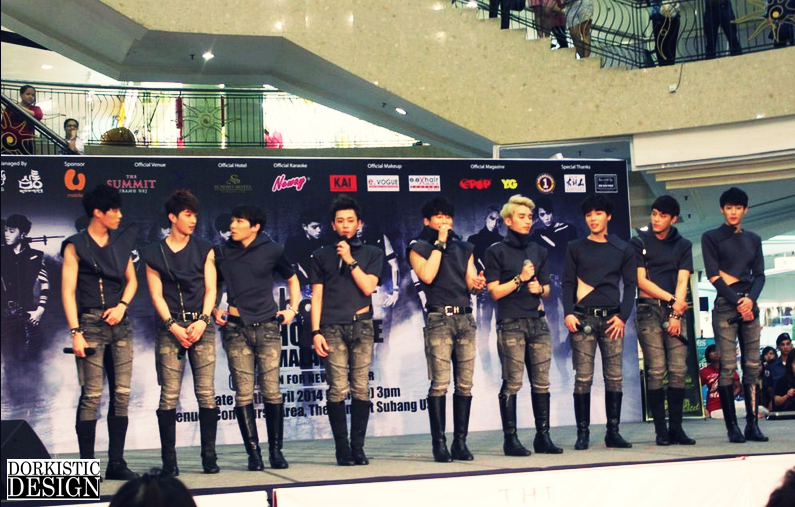 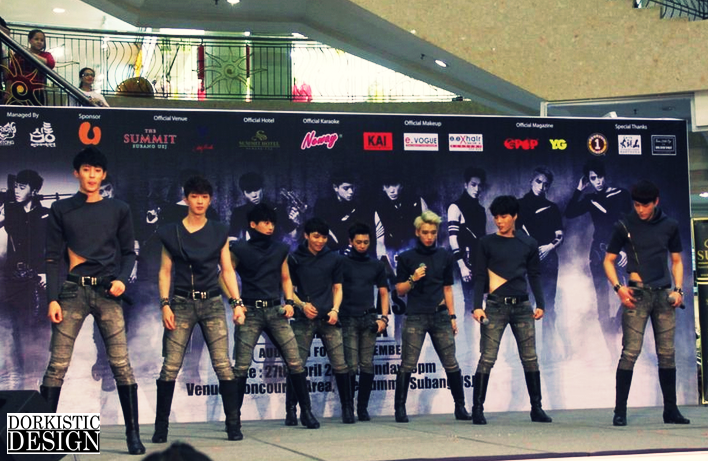 A showcase is incomplete without a game session with fans! Nine lucky Alphas were being chosen to be on stage with AlphaBAT and play “passing the rubber band’ game. Playful B:eta and I:ota always give laughter to the crowd. After the game session, the nine lucky fans received a special gift which is handmade soap made by AlphaBAT! When being asked why they gave the soap, they said the reason is because they want their fans to stay clean. 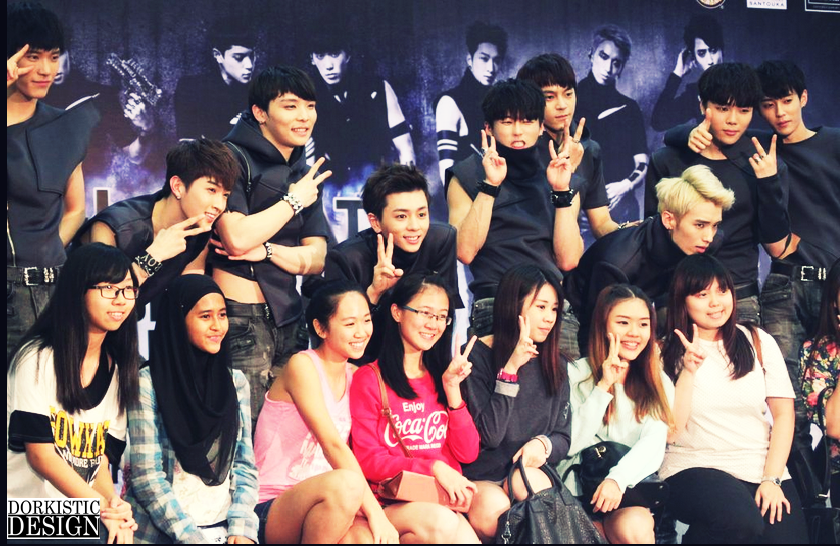 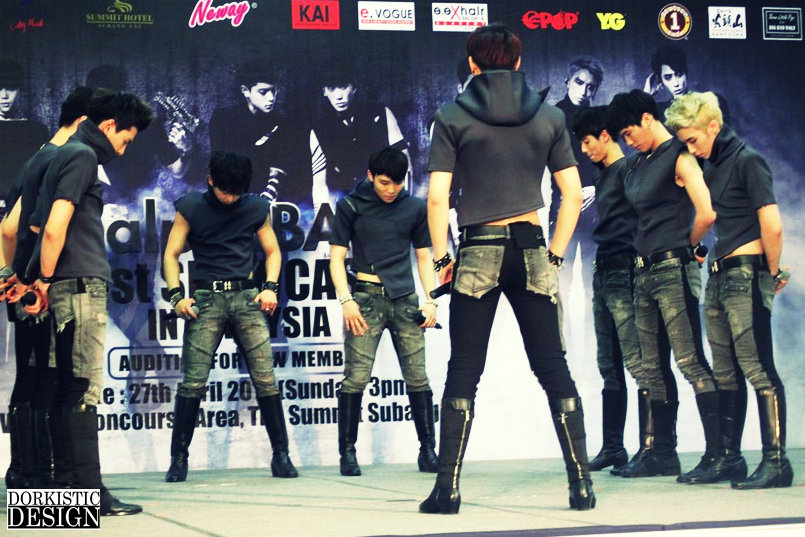 The event was dubbed as the best so far, because of the uniqueness of its concept, the collaboration with the guest performers, and the hand-made gift by the boys themselves. They will next go to Tambun Lost World Resort Perak, for a funfilled event with their fans, before finishing their event at the Scott's Garden, Diamond Club on the 1st and interviews on the 2nd. They were scheduled to go back on the 3rd of May.

Thanks to New Pro Star for inviting us to cover the event!
More event photos will be uploaded in our Facebook page.

Written by: Aya
Photography by: Szen