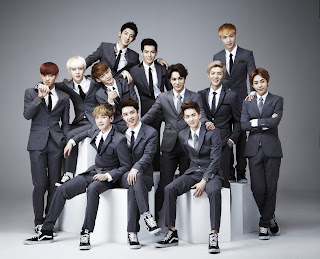 MTV Asia, a unit of Viacom Inc. (NASDAQ: VIAB, VIA), today announced the addition of Asian K-Pop band EXO to its line-up of performers forMTV World Stage Live in Malaysia 2013 which currently includes Robin Thicke, Far East Movement and Joe Flizzow, who were announced last week. The much anticipated outdoor concert takes place at Surf Beach at Sunway Lagoon on Sunday, 8 September and is expected to attract a live audience of around 15,000 fans. It is sponsored by Sunway Group, Xpax and Suzuki, and supported by broadcast partner, Astro. Local radio partners are hitz.fm, ERA fm, MY FM and MIX fm.
MTV World Stage Live in Malaysia 2013 will be EXO’s first performance in Malaysia and on MTV. The 12-member EXO debuted last year and their popularity has been growing ever since they released their first full-length album XOXO in June. It has topped U.S. Billboard’s World Albums Chart. A repackaged version of XOXO containing three new songs will be rolled out on 5 August in Korea.
MTV World Stage is a global series that bring multi-genre talents with global relevance, telecast to an audience in over 550 million households. Recorded ‘live’ at the most exclusive gigs, world renowned music festivals and unique concert locations from around the world, the series is the ‘front row seat’ for music lovers to experience the biggest artists on the globe without leaving the comfort of their sofas. MTV World Stage Live in Malaysia is part of this platform that delivers the MTV brand experience not only on the ground with MTV fans in Malaysia, but with a global airing in 154 countries across MTV Networks. The Malaysia show is also MTV’s first originally-produced MTV World Stage event globally, which started in 2009.

WIN CONCERT PASSES
From now till 27 August, Fans can score free passes to the highly anticipated event by taking part in a real-time and interactive multi-player game on worldstage.mtvasia.com.
For the first time, avid MTV fans can access the game on both the computer and mobile device, gaining around-the-clock opportunities to win the concert passes. MTV is arranging to give away passes as instant wins to participants through multiple game sessions every hour every day.
Residents of Hong Kong, Indonesia, Singapore and The Philippines will have the chance to win all-expenses paid trips to attend MTV World Stage Live in Malaysia2013. The online game contest started 29 July and ends 27 August. Contest terms and conditions are available on the website.
NEWS UPDATES ON SOCIAL MEDIA
As they count down to MTV World Stage Live in Malaysia 2013, fans can receive first-hand information by following MTV on Facebook, Twitter and Instagram for news updates on MTV World Stage Live in Malaysia 2013.
Facebook: www.facebook.com/mtvasia
Twitter:  www.twitter.com/mtvasia
Hashtag: #worldstagemy

In the mean time, check out our Exo wallpaper freebie below: 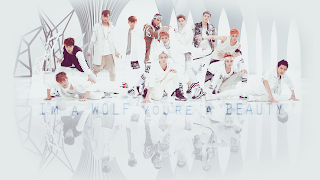 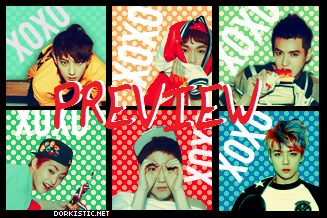