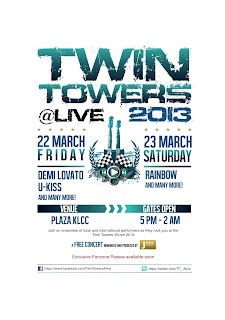 Have you bought your passes to the two-days gala night of Twin Tower @Live 2013? The organizer recently announced that the legendary boyband, Backstreet Boys are joining the line-up of the star-studded event. As you will be entertained by Demi Lovato and U-Kiss on the first day, Backstreet Boys will take over the stage on the second day, and to IU fans, be excited because IU is performing on the second night too, to replace Rainbow and Girl's Day who withdrew after some unforeseen circumstances. The annual Twin Tower @live 2013 will also bring our very own Atilia and Misz Nina, as well as Caprice and K-Town Clan. There will be amazing DJs to rock your nights including DJ Tatsuro and DJ Face. 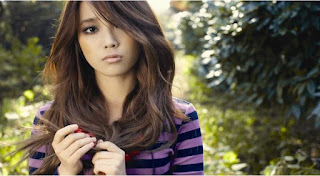 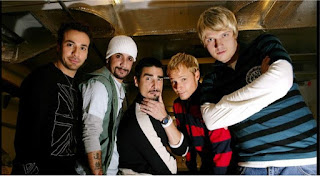 Fans can also look out for more Fanzone ticket giveaways for both days via radio, print and online channels in the month of March 2013.