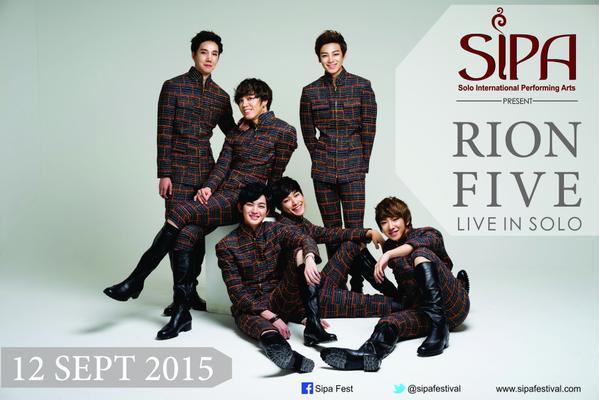 Solo International Performing Art (SIPA) Festival is a renown festival which was held annually since 2009, featuring many performing artists from Indonesia and international artists as well. The event will be held from 10-12 September, 2015. This year, they are going to have a Korean Night on the last day and rookie group, Rion Five will be the guest performer of the night, along with EDX2 and KO-IN.


DATE: 8/26/2015 COMMENTS:
Comments:
Hey Chazz hope all is well with you! I am doing ok. I think the only reason they were selling the tickets that early is because the band has been broken up for almost two years and they were almost guaranteed to sell out in some parts of the world. The general public tickets go on sale tomorrow.

I've never been to an MTV event I bet that's going to be amazing and exciting to cover! I'll be sure to keep a look out for your posts on it!